“You are going to step down as pastor of Arise, or I am going to tell all your secrets.” Monique Jones, the church secretary, said to the senior pastor of Arise Community Worship Center.

Pastor Carter Luther Harold, Jr. yelled, “Shut the door.” As he looked over his glasses and peered at the attractively dressed woman and an overweight middle aged light skinned man.

“I’ll get it.” Deacon Red Barry, the chair of the trustees and head of the deacon board said. He got up and shut the door.

Monique crossed her slender dark skinned legs that might have solicited a glimpse from Pastor Harold and Deacon Barry if the situation were different.

Deacon Barry sat down next to Monique on the opposite side of Pastor Harold. Pastor Harold was sitting in a large office chair while the other two were in small straight chairs.

“Sister Jones, you will not threaten me or force me out of my church.” Pastor Harold said while looking straight in Monique’s eyes. “In fact, I think I should bring you up at the next church board meeting for spreading lies and mischief in the church.”

Pastor Harold leered at Deacon Barry and said to him, “And you, you have wanted me out ever since I forced your sticky fingers off the treasury committee.”

Deacon Barry smirked, “This ain’t got nothing to do with me. This has to do with you and the zipper that you can’t seem to control. The Bible says, ‘That which is done in the dark shall be brought in the light.’” He snickered as he returned Pastor Harold’s eye contact. Both appeared to be attempting to win a staring contest.

Deacon Barry then continued, “Just accept it, it had been years, but we finally caught your hand in the cookie jar. Sister Jones here has proof of your philandering and we really can’t look the other way anymore. I hate to say it, but I think we need to talk about transferring the church to another leader. This is for the good of the church.” Deacon Barry said as his smirk turned into a full-toothed grin.

“Proof? What proof?” Pastor Harold barely got the words out of his mouth when Deacon Barry pulled out a DVD and threw it on the table as if it were a playing card.

“What is this?” Pastor Harold said as he picked the DVD up.

“Look at the writing, it tells you what it is.”

Pastor Harold read, “Pastor Harold doing more than preaching.” He looked up and said, “Is this supposed to be funny?”

“If you think cheating on your wife and betraying your ministry is funny, then you are gonna think this video is a comedy routine. Now let’s get serious. All three of us know that you have made a habit of shall we say indiscretions with anyone you wanted in this church. And this DVD is just one of these encounters.” Deacon Barry said.

Pastor Harold frowned and looked at Monique, “You’ve been spying on me?” Monique looked down.

“Now pastor, we are about to have our homecoming this Sunday. I think this is a perfect time to pass on the mantle to our next pastor?” Deacon Barry said.

Pastor Harold frowned. “How long have yall been planning this?”

“Deacon Barry said, “Carter, I’m trying to give you the opportunity to step down and save your name, and you are asking irrelevant questions.”

“That’s Pastor Harold, Deacon. My name is Pastor Harold and you will respect me in my church.” He stood up from his seat and elevated his voice.

Deacon Barry stifled a laugh and said, “Pastor Harold, does this sound like a good idea to you? Let’s save your name and not put the church through this trauma. Go on and step down.”

“I can’t believe this. Deacon, I put you in that position to save you after that finance committee fiasco. Remember, four years ago when they said you were too old. I fought for you and this is how you do me?”

“Pastor, you wanted someone in the position you thought you were gonna rule and run. I ain’t your slave and I don’t owe you a thing.”

“You don’t owe me anything? I remember when I came to visit you at your home and took money out of my pocket to save your house.”

“You were being my pastor and I thank you.”

“What other pastor would have helped you like I have, I don’t understand…”

“You are my pastor, we pay your salary that is all we owe you.” Deacon Barry leaned back into his chair.

“And Monique, I hired you when no one else wanted to make your position permanent.”

“Is this a video of you and me?” Pastor Harold asked Monique.

Deacon Barry leaned back in his chair and laughed, “This is getting good.”

Pastor Harold looked angrily at Deacon Barry and asked, “Ok, what is your plan?”

Deacon Barry savored the moment and then continued.

“Here is the plan. You will step down and name Dwayne Dexter as your successor.”

“Dex? You gonna make Dex pastor? I can’t do that.”

“So at homecoming you want me to give my church to that charlatan?”

“Exactly, now you are getting it.” Deacon Barry gave a sinister smile.

Pastor Harold then asked, “And what is your plan for my son?”

“You, your wife, your son, and your daughter can get out of my church after you step down.” Deacon Barry said smugly. “Because contrary to popular opinion, the head of the trustees is in charge, you sir, just preach.”

“Well, what if I don’t go along with this crap?”

“This video here will be released on MYTUBE.COM and your career will be over.” Deacon Barry picked up the video and looked at it as if it were a prize that he had won.

Pastor Harold stood up and laughed, “Ok, I admit it, I messed up. All I have to do is ask the people to forgive me and they will. Just this year a number of preachers have had the same issue. Be patient with me Deacon, God is not through with me yet.” Pastor Harold said while mocking a popular gospel song. “And next year after all this dies down, I will fire you for good and get a deacon who is willing to work with me.”

“Well, normally, I might agree with you, but you see this video is not of you and Monique. It ain’t of you and some other woman. No, this is of you and Mister Terry Smith, our Choir Director.” Deacon Barry emphasized the word, Mister.

“Folks may like to hear them sing, but they don’t want them with their pastor.” Barry continued.

“No, No. Ain’t no way, I ain’t touched him or any other man.” Pastor Harold shook his head violently.

Deacon Barry slowly walked over to the DVD player in the pastor’s room and put the DVD in and turned it on.

The video was of Pastor Harold’s office. When Pastor Harold saw his office on the TV, he looked around and yelled, “Where is the camera?”

On the DVD Terry came into the office then Pastor Harold began talking, “That was a great hymn Minister Smith, Can I…” He was interrupted when Terry eased in and grabbed him and kissed him.
Then Pastor Harold pushed Tony away, “What are you doing, get a grip man, I think you need to get out of here.”

Then Tony rushed out of the room. The video was about 20 seconds.
Pastor Harold laughed. “So this is all you got? Now Deacon, you and I both can see that he made a pass at me and I pushed him away. I encourage you to get rid of this video so that we won’t have to fire Terry. The choir has never been as popular as it is…”

Deacon Barry laughed and interrupted Pastor Harold, “Now pastor that was the unedited version, here is the video that we will post to MYTUBE.COM.”

Deacon Barry pressed play and the video started like the unedited version. But then the video got to the kiss. The kiss continued for two minutes and then the video abruptly stopped.

The editing job was amazing as if it were done by professionals. Deacon Barry smiled. “Now I have heard of greeting each other with a holy kiss, but do you want your members to see you doing it to our flamboyant young choir director?”

“That ain’t what happened, who did you get to edit this?”

Pastor Harold eased back into his seat and looked up to the sky. He said, “I built this church and been here from the beginning, and this is how you gonna do me?”

“I don’t need to hear any more of this. Here is your resignation letter.” Deacon Barry stood up and placed a piece of paper on the table. “No one needs to hear a thing about this video if you go with the program. If you don’t, then get ready to watch you and Terry locking lips on MYTUBE.Com.”

Pastor Harold tore the paper up without reading it and threw it in the garbage. “I will write my own letter.”

Deacon Barry smiled, “Write your own letter, I don’t care, you just do what you are told and no one will see this video. And by the way, we got that video of you and Monique too. I enjoyed watching it.” Deacon Barry laughed and left the room.

The room got quiet. Monique stood up to leave.

“I can’t believe you are with Barry on this. What is he giving you? 30 pieces of silver?” Pastor Harold said to Monique.

Monique smiled. “He isn’t giving me anything. We both know you haven’t been the pastor that you should have been and…”

“What is he giving you?” Pastor Harold yelled.

“Nothing, but Dex. He is gonna make me the first lady.”

Pastor Harold looked at her and said, “Do you really think the pastor is going to make someone who everyone in his church has had his first lady?”

Monique angrily looked at Pastor Harold and said, “Why not, you did.” She then walked out of Pastor Harold’s office. 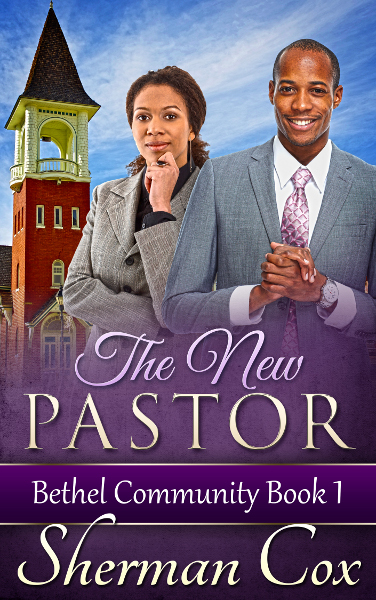 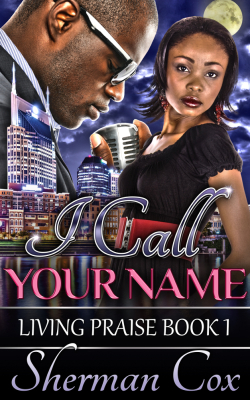